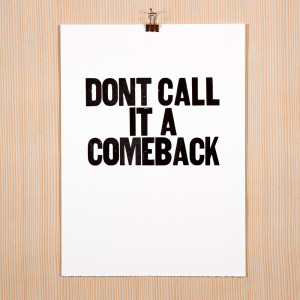 on’t look now, but #SciFund Challenge is roaring back from summer vacation: tanned, rested, and ready!

We had a fabulous second round last May, raising over a hundred thousand dollars for research through crowdfunding and (more importantly) training 75 scientists in science outreach.

Scientists, are you kicking yourself for not being part of the last round of #SciFund? Well, let the kicking stop, because I am here to announce the opening of the third round of the #SciFund Challenge. If you are a scientist interested in connecting your research to the broader public and in raising money for your research through science crowdfunding along the way, you should be part of #SciFund 3.

Here’s how things are going to work this time around:
September 7- October 7. The registration period for applying to be part of #SciFund is open (register here). All scientists who sign up for #SciFund will go through a mild review process (details here).
October 8-November 7. All #SciFund 3 researchers go through a crash course in “modern communications for scientists” that we run.  We focus specifically on how to run a science crowdfunding campaign, starting with the very basics.
November 8-December 15. #SciFund 3 crowdfunding projects go live on RocketHub, a leading crowdfunding website.

The highlights of what’s new for #SciFund 3

1. An essential part of a crowdfunding campaign is an effective short video (video is also super important for science communication period). Video production has historically been the thing with which SciFunders have struggled the most. And so, we are very excited to announce that the video production company Lost Nomad Media will be providing free video assistance to all SciFunders.

2. The two purposes of #SciFund Challenge are to train scientists in science communication and to connect the public with science. As part of that our website is in the last stages of being redesigned (thanks to the good folks at the Open Science Federation). When we finish in a few days, one of the key new features is going to be a new science blogging network, designed to connect audiences to scientists. More on this in the days to come…

What stays the same for #SciFund 3

1. The cost of being part of #SciFund stays the same: zero. We don’t charge a penny for the money that you raise through #SciFund (though our partner RocketHub will charge their standard fees).

So, there will be plenty more details coming in the days to come. But the main point is: SciFund 3 is here!

6 comments on “SciFund Round 3 Begins Now”Add yours →