Note by Jai: Aditya is a #SciFund Challenge participant and he is pursuing his doctorate in cellular and developmental biology at SUNY Upstate Medical University. Check out his great #SciFund project: C-Cilia in Motion! You can find Aditya on Twitter at @nishantaditya.

For a lot of people their early exposure to “science” was through science fiction. This was a great thing for those of us who eventually became scientists because science fiction inspired us to think creatively, imagine fantastic things, “to boldly go where no man has gone before”…  And to have bad grammar. 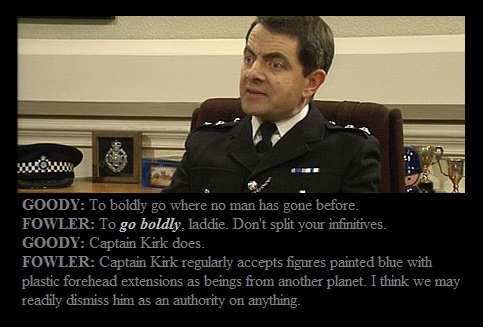 The vast majority of people, however, only ever got the distorted, dramatized, exaggerated view of science. This view, that ‘science = laboratories filled with glowing lights and colourful, bubbling solutions in complicated looking glassware‘, is very misleading to the general public. It doesn’t give a true account of what a scientist does or how science progresses. This is where initiatives like The #SciFund Challenge would be VERY useful. These initiatives will bring in real scientists with real experiments and will force them to explain their work to a broad audience. This sort of exercise in public communication will help fuel public interest in science and, more importantly, give them an insider’s perspective on the vocation of science.

The fact that there are funds to be generated from the exercise will give an incentive to scientists, notorious as they are for their reticence, to try and engage with non-experts. The public in turn will have a person to associate with this thing called “science” and will be able to personally ask questions about the work, about its implications, about future directions and so on and so forth.

Traditional or classical forms of funding are necessarily constrained in their scope. There’s a lot of money to be doled out and the instinct is to always give this money to watertight proposals, to people with established labs, to proven track records, to previously demonstrated techniques. At the same time, most scientists acknowledge the need to be able to play around a little. To be able to explore ideas and avenues of research which are potentially risky. To be able to go about science for the sheer “interesting-ness” of it rather than be bound by the shackles of intellectual ‘fashion’. If one takes a look back through the history of science, there are many examples of
exactly this kind of attitude that led to some major discoveries. Listing these
is beyond the scope of this post, but you know what I’m talking about. 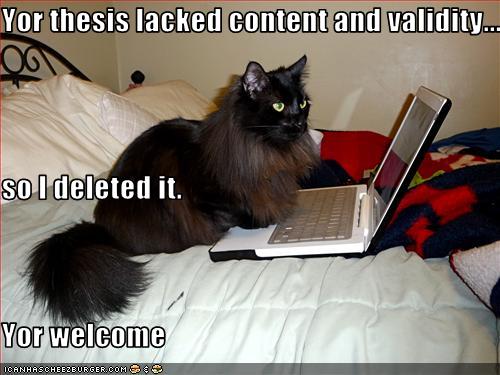 Which brings me to the thesis of this post. I want  to make the argument that while, traditional funding is very essential to keep science going on a day to day basis,
crowdfunding is essential to provide a much needed System D option. It allows researchers to go after interesting problems without having to justify their very existence to a panel of very skeptic peers. If there is a yield of interesting results from such a project, those results can then be used to justify a much larger grant. Don’t get me wrong. I have nothing against skepticism. Skepticism is one of the pillars that holds up the structure of modern science. Without skepticism, we’d be no better off than previous generations that believed things like “killing a goat would bring rain.”  Having said that, however, I do think that a healthy compromise must be reached between skepticism and the freedom to pursue interesting ideas. And that freedom can be had through the medium of crowdfunding.

In terms of crowdfunding’s usefulness as a source of real money, I’m  a little more cautious. It would be great to be able to raise large amounts of money for science through this platform. After all, musicians, painters, photographers etc., have been doing this for ages. However, there is the one small problem of the fact that a proposal will get funded based not only on its scientific merit but also on the ability of the scientist to market it. This is true in the arena of traditional funding to an extent I suppose, but it will be critical for crowdfunding. No idea, however good, will get funded if it can’t generate enough traction in the public sphere. And that is where I feel that the platform of crowdsourcing for science becomes tricky. We will have to proceed with caution in order to prevent scientists from shying away from projects that large audiences may not care about. 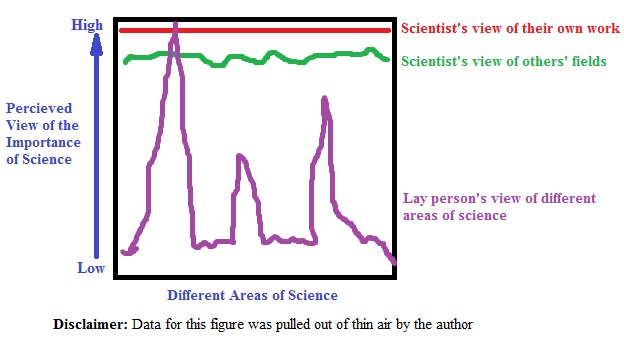 So, I think that crowdfunding is great way to generate interest in science. It’s a brilliant initiative which provides a platform for scientists to engage with non-scientists and drive informal conversations about their work and its importance. It is also a great way to generate money for projects which don’t tie in with other, larger grant proposals but are still worth pursuing. In its current form, it is a little inefficient and therefore not feasible as the only source of funding. Can we think up a way to make it feasible? I don’t see why not!! It would be wonderful to have a significant part of future science be funded through crowdsourcing. We already see this in a slightly roundabout way through charities donating to cancer and AIDS research, raising money through marathons, bake sales, pledge drives and what have you. Will this work for things which don’t necessarily have such a strong human connection? Possibly. But, because the mass-appeal for all science is not equal, we must have a safety net for the kinds of science that don’t catch the attention of people in quite the same ways. That safety net is traditional funding. For all its flaws, it’s still not that bad a system. What is more, in my opinion, it is NECESSARY for crowdfunding to be viable. Crowdfunding to me isn’t the ALTERNATIVE to traditional funding, it is complementary to it.