February 9, 2014Featured Projectanthonysalvagno
https://experiment.com/projects/relationship-among-andean-women-biodiversity-of-quinoa-and-food-security-in-bolivia
Each day we are going to highlight one of the amazing research projects seeking funding in Round 4 of the #Scifund Challenge. Today we are speaking with Ashlee Adams who will teach you how to pronounce quinoa! Just kidding, but read on to find out the role quinoa plays locally (South America locally).
Tell us about yourself, where you are from, and where you see yourself going.

That’s easy: from mountains to mountains! I am from Boulder, Co at the foot of the Rocky Mountains. I grew up climbing, hiking, running, camping, everything in the mountains. I see myself spending a lot of time doing similar things in the Andes of Peru and Bolivia. My hope is that my research here will translate into a job working in the Andes with traditional highland communities.

How did you get involved in your research project?

This has been an ongoing evolution since my sophomore year of undergrad. I initially became really interested in development work and after my first research adventure in Peru studying water and sanitation systems, it became really apparent that food security was the number one concern for many poor community members. This led to the conviction that food comes first in development. Since then, research has led me to make the connections between issues of food security, quinoa, Andean market women, and biodiversity.

Why is your research important to you? Why should others fund it?

Like I said, food comes first. I really care about development issues and I think that a lot of others do too. We also care about the fair prices and food justice movements. High prices for traditional products should accrue to producers and not to middlemen or corporations. Additionally, biodiversity has recently become a hot button issue. A lot of research shows that biodiversity is one of the best strategies for mitigating the impacts of climate change and for boosting ecological resilience. A final piece of my project that is meaningful to me and I think will be meaningful to many others is the empowerment of women, especially in the rural context. My research hopes to identify the links between women’s empowerment and their ability to protect biodiversity and increase food security for themselves, their families, and their communities.

Do you have a favorite story that came from working on your research project?

The story that I would share is how I came to realize that food is paramount in improving the lives of the poor. I was working with a research team interviewing peri-urban residents on their perceptions of new sanitation systems. We met a woman who began to weep as the interview progressed. She told us about how her family had moved from the countryside where they grew, among other things, quinoa. When they arrived in the city, they found that life was a lot harder. She recounted how the price of bread had risen and how now she could only buy enough for some of her children. She told us how she had been robbed during an outing to a religious festival and upon returning home, they found their meagre savings were gone, along with anything of worth. “My children can’t eat toilets. How can I think of these things when there isn’t enough to eat?” That day I saw the true face of poverty. And I was trying to sell her a toilet. “This is not development” I thought. That’s when I knew that food comes first. And I have been chasing that goal ever since.

Why did you decide to particpate in the SciFund Challenge?

I really want to get people interested and passionate about this work. Quinoa has garnered a lot of attention from foodies and health-conscious consumers recently, but most people don’t know where is comes from or how unique it is in terms of biodiversity. I also want people to be knowledgable about where their food comes from and how it gets to them. SciFund is a great platform to reach a lot of people and a diverse audience with your science. Otherwise, this research might have only reached a very few people.

What was the most difficult aspect of building your SciFund Proposal? What was your favorite?

My favorite part and my most challenging part were one and the same: making the video. Learning new software and new skills can be difficult, and frustrating. I had a hard time with the narrative for the video and especially the piece where I was on camera. It’s a little embarrassing to watch yourself. You think, “do I really sound like that? Do I always look like that when I talk?” Eventually I really started enjoying it. Quinoa plants are visually striking and I am really happy that I got to really show the beauty of the plant in the video.

Tell us something random. Something funny. Something borrowed. Something blue
A few fun facts: My altitude record is 20,000ft. I climbed a volcano in Peru and it is cold up there! I went to culinary arts school before I went to university. This is why I have such a love of food. I’ve done a lot of trail running, and the only time I’ve ever fallen is at the bottom of the mountain 🙂 yes, I am kind of a klutz. 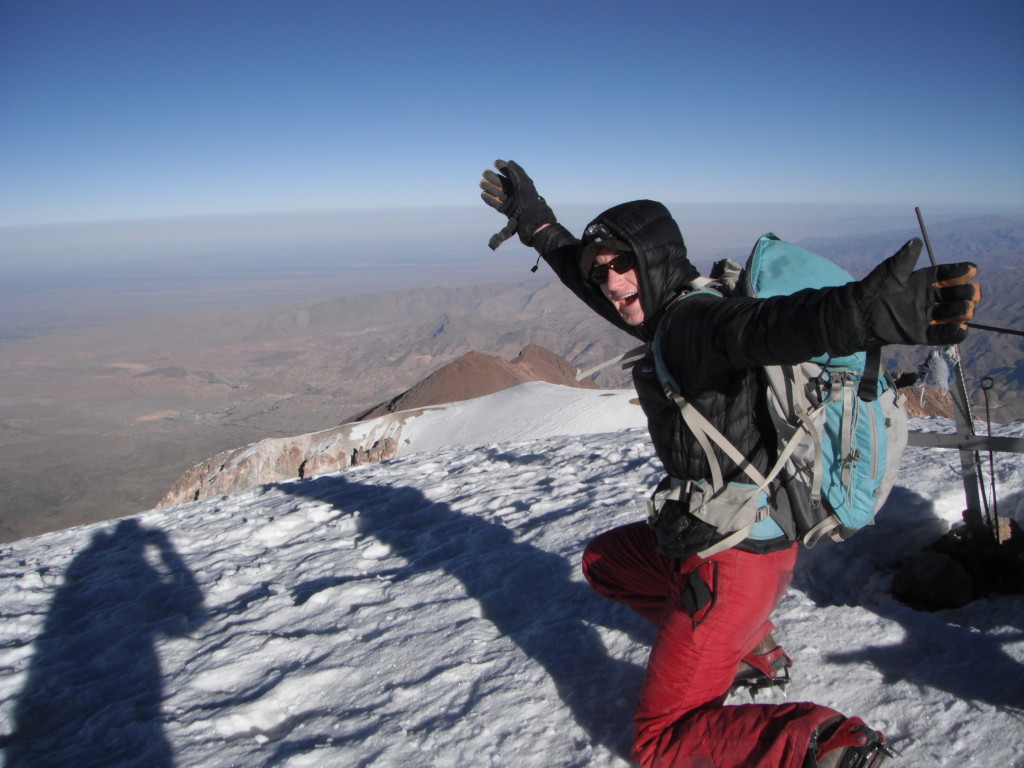 You can read about her project here.