Today’s guest post comes from round 1 participant Rebecca Rashid Achterman whose round 1 project was Athelete’s Foot in Worms. This is an abbreviated version of her excellent post at her blog Dermatophyte Bytes on how the money from her crowdfunding proposal is being handled by her university. 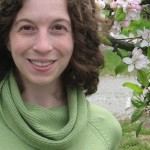 Now that the second round of the #SciFund challenge is complete, a new set of scientists will be receiving a check in the mail. What happens to it?
I was one of the participants in the first round of the #SciFund challenge and, like many of the other participants, I work at a University. University research is almost exclusively funded on a “grants” model. In this model, the principle investigator (PI) sends a proposal to somewhere like the National Institutes of Health or the National Science Foundation. If a proposal is funded, the money goes directly to the University, which takes a cut to cover “indirect” costs and puts the remainder into a fund that the PI can draw from.

In contrast, my “Athlete’s Foot in Worms?” research project is a crowdfunded project. In this model, the PI posts a proposal on-line using a crowdfunding platform that takes care of accepting money from funders and paying the PI. And then … nothing happens. When my research was funded, RocketHub took its cut, sent me a check, and said “congratulations”. They will not be checking up on me to make sure that I sent my funders their thank-you gifts. They will not be asking for a progress report. If I spend the money on a vacation instead of lab supplies, they wouldn’t know and probably couldn’t do much about it even if they did.

Needless to say, the crowdfunding model lacks the level of accountability that Universities are used to dealing with. So what happened to the crowdfunding money for my project? Rockethub sent me a check. I gave the money to the University. The University very kindly did not take a cut, and they set up a fund for me to use the money. It’s a little more complicated than simply paying for everything myself. However, it means that my undergraduate research students are covered for liabilities. It also means that I am setting up crowdfunding at this institution as a funding mechanism that will have accountability. At the end of the project, I’ll be able to tell you exactly what each dollar I received was spent on. I think that’s a good thing.

A longer version of this article can be found here

1 comment on “Crowdfunding funds v. traditional grant funds in the university system”Add yours →