Dr. Matthew Hirschey wrote a lengthy critique yesterday of the #SciFund Challenge and of the entire idea of using crowdfunding as a source of research dollars. I am extremely glad that Hirschey has aired his criticism, as his concerns are undoubtedly shared by many scientists. We have an opportunity here to clear the air, so to speak. Let’s take Hirschey’s concerns one by one. I am paraphrasing Hirschey ‘s points in bold, followed by my response. 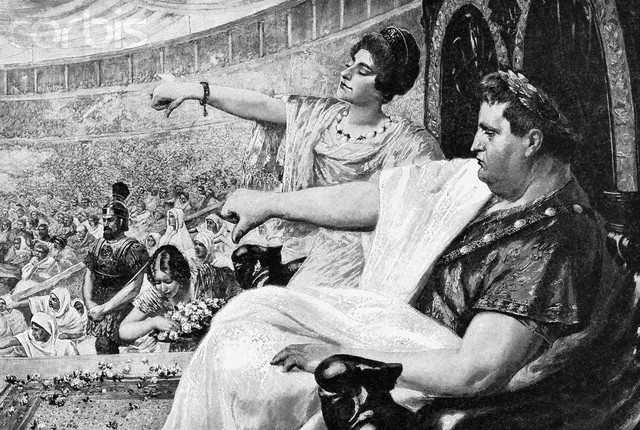 Some scientists’ opinion of the #SciFund Challenge

Raising research money by crowdfunding is an extremely inefficient use of time. I can spend a week writing a traditional grant proposal to raise 50,000 to 500,000 dollars. How does it make sense to spend much more time (a month) to raise much less (a few thousand) through the #SciFund Challenge?

There are a few answers here. First, no scientist begins his or her grant writing career with a half-million dollar proposal. As a graduate student, you start small, applying for dissertation improvement grants, funding to attend conferences, that kind of thing. But writing these smaller grant proposals gives a scientist the experience he or she needs to successfully go after much bigger grants, the kind that can support a whole lab.

It is the same idea with the #SciFund Challenge.  We are starting small, with a thousand to few thousand dollar target, because it is a goal that is more easily achieved for beginners. And once participants in the Challenge have learned the skills to crowdfund for a few thousand, the way is wide open to raise more – maybe much more – in this way.

Second, it is absolutely true that a few thousand dollars is not a lot of money for a senior scientist. But if you are a graduate student, money is much tighter and a few extra thousand dollars for your research can make all the difference.

Third, even though participants in the Challenge will be running their crowdfunding campaigns for a month, it will hardly be a full-time occupation during that month. I anticipate that participants will be putting in a total of a few days of time – at most – during the month.

The traditional grant approval process is peer reviewed, which leads to better quality science. Where’s the quality control with crowdfunding?

The obvious danger here is that, without a board of experts standing in the way, anyone with a slick campaign will be able to fool potential donors to funding total nonsense.  Additionally, it is indisputably true  that the peer review process improves science, both at the grant stage and at the publication stage. Peer review is the beating heart of science and I fully anticipate that, as crowdfunding for research grows, so will a peer review infrastructure to support it. However, this infrastructure will look quite different than the machinery in place to evaluate NSF or NIH grants.

I can imagine a system very similar to what exists in physics right now, where the process of publishing manuscripts has been revolutionized with arXiv.org. It is standard practice for physicists to post their completed manuscripts on this website, long before they see a peer-reviewed journal (if they see a journal at all). Manuscripts aren’t peer reviewed before they show up on arXiv.org (just a light, fast check to look for the equivalent of manuscripts written in crayon). But once manuscripts are posted online, they are heavily scrutinized by other physicists. Peer review happens, in other words, just not in the way that most scientists are used to. Let me repeat, this is already a standard practice in a major field of science.

I can imagine a very similar system for crowdfunding for science, where projects to be funded are posted and review happens after they are posted. Does that infrastructure exist now? No. But I think that it will quickly emerge if science crowdfunding takes off, which is the point of the #SciFund Challenge.

You are encouraging scientists to oversell the benefits of their research, as that is likely to be the only way to succeed with an appeal to a general audience.

The best evidence against this argument is to look at what has actually been happening in the world of science crowdfunding. Biologists Jennifer Culkins and Jennifer Gee have been pioneering the way, being perhaps the first to actually raise cash for their research via crowdfunding. If you look at their campaign page on Kickstarter, where they successfully raised funds for their Elegant Quail research in Mexico, there isn’t any overselling to be found. What you’ll find instead is a wonderful project that combines biology and art in an incredibly compelling way. Culkins and Gee point the way to what will succeed with science crowdfunding, which is innovative thinking. Don’t we want more of that?

Scientists aren’t resistant to engaging with the general public. The perceived gap between the two is because scientists don’t have many opportunities for public outreach.

It is definitely the case that certain ways of engaging with the wider world are becoming less available, such as being interviewed by a science journalist (who are becoming something of an endangered species, as journalism as a whole takes a nosedive). But I don’t believe that an outreach opportunity gap is the main factor keeping scientists away from engaging with the public. For example, every lab has a webpage these days, but what proportion of these sites  are accessible and interesting to general audiences? It is a low percentage.  How many scientists follow Stephen Jay Gould’s example and write regularly for general interest magazines? Though there are standout exceptions like entomologist Rob Dunn, they remain unfortunately – well – exceptions.

Why are people like Rob Dunn so rare? Ultimately, it is because the incentive structure of professional science strongly rewards papers and grants – and doesn’t reward public outreach.

People become scientists to do science, not write grant proposals. Grant writing already takes too much time and crowdfunding campaigns will suck even more research time away from scientists.

Crowdfunding for science is, ultimately, about a lot more than raising money. It is about connecting people to your research. Jennifer Gee and Jennifer Culkins had 55 backers for their crowdfunding campaign to raise money for the study of the Elegant Quail.  You don’t give money to something like this unless you can be convinced to care about it. So, there are now 55 people who are personally invested in Gee and Culkins’ Elegant Quail research. Fifty-five people who will likely follow the twists and turns of Gee and Culkins’ research, by means of a research blog. And these 55 people are surely just the beginning of many more to come. Scientists deeply care about the subjects that they study. Convincing others to care too – isn’t that worth a little of scientists’ time?

5 comments on “#SciFund Challenge doomed to fail? No way!”Add yours →