Each day we are going to highlight one of the amazing research projects seeking funding in Round 4 of the #Scifund Challenge. Today we learn all about Andrew Tomes and how a fungus may be used to restore the American Chestnut tree back to its former prominence.
Tell us about yourself, where you are from, and where you see yourself going.

I am originally from Camp Hill, PA, a suburban town across the river from Harrisburg. I did my undergraduate work at the University of Maine in Orono, majoring in botany and later picking up a second major in English, where I peregrinated between interests in scholarly communication and creative writing, especially poetry. This latter interest was definitely rooted in a perspective that there is an aesthetic, participatory element to ecology and plant science in a vein similar to Aldo Leopold, John Muir, or Henry David Thoreau. As for where I’m headed, I can’t honestly say I’m sure. Land management, plant conservation, herbaria? Perhaps science journalism or outreach. 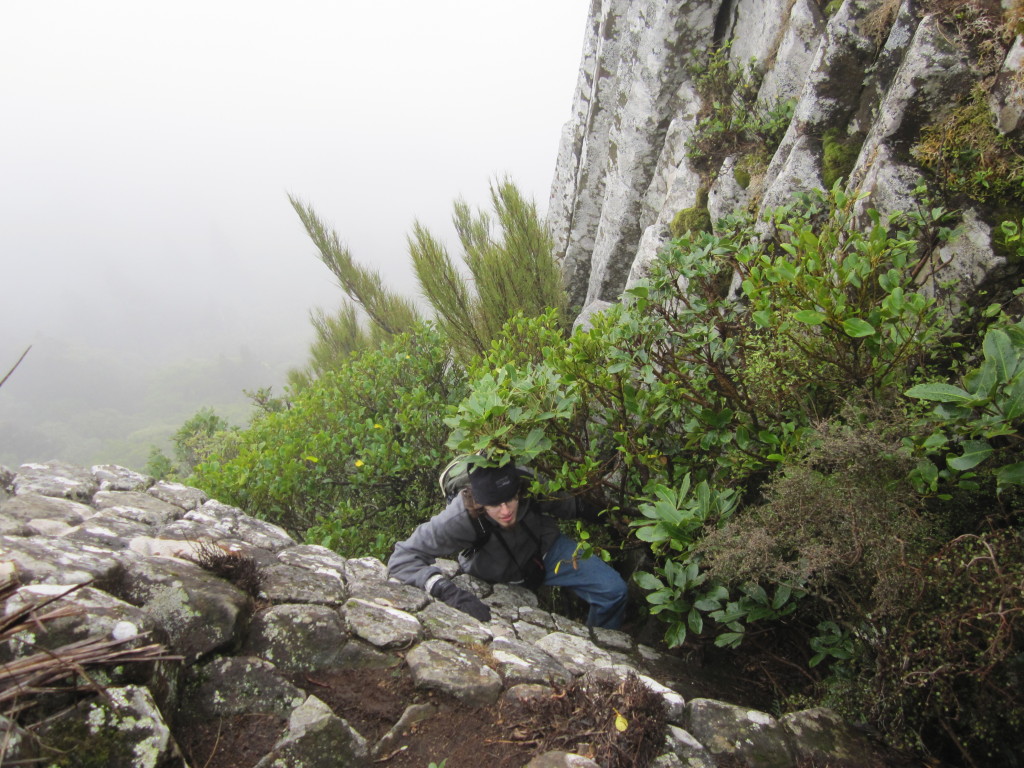 How did you get involved in your research project?
I applied to ESF after finishing my undergraduate thesis on a wetland restoration project at the University of Maine. The projected ended up having multiple issues, especially with the wetland trees and shrubs that had been planted in an attempt to revegetate the restored areas. I posited in my thesis (but was unable to verify) that the reason for this lackluster performance was due at least in part to the belowground ecology of the areas – the soil was heavily disturbed and likely missing a lot of essential microorganisms. This caught my adviser’s eye when I applied to ESF, and after thinking about several potential research directions, I opted to continue with the restoration approach.
Why is your research important to you? Why should others fund it?

Ecologists frequently lament that it’s often the pretty animals that get the most conservation funding – pandas, big cats, cetaceans. And while I’m all for people helping out with causes they can identify with, there’s a lot of important ecological research that can be overshadowed by these large causes celebres. To wit: American forests have undergone a lot of changes over the past few centuries that people have barely noticed; I didn’t even know the American chestnut existed until I read Bill Bryson’s A Walk in the Woods in high school, and that’s not the only change eastern forests have experienced. The giant redwoods are an international symbol of the west coast, but the east’s white pines, which can live for similar time spans and reach huge – if not necessarily sequoian sizes – aren’t, mainly because the English chopped all the big ones down for shipbuilding. Furthermore, these changes aren’t stopping. Humans are the number one nitrogen fixers in the world (by which I mean that we take more nitrogen gas and turn into forms of nitrogen that plants can use than all the other plants and bacteria in the world combined), and all that bioavailable N is altering belowground plant-fungi partnerships. I have a compelling interest in this that I want to share, because this is my home. I want to bring the same level of interest we have in exotic places like the Amazon to our own backyard, because there’s still a lot to learn here.

Why did you decide to participate in the SciFund Challenge?
My adviser suggested it to me – I have a fairly niche project that would probably get overlooked by a major granting organization, but which might be interesting for the public. I also view it as an opportunity to develop my skills in talking to people about science and communicating my ideas.
What was the most difficult aspect of building your SciFund Proposal? What was your favorite?

Q1: Everything? I have a hard time getting over the idea of opening myself up to public scrutiny, and (as tough as it may sound to believe), it’s possible to become acclimated to a subject that not a lot of people know about, and so I had to continually revise out jargon and tidbits that I found interesting, but others might not.

Q2: Definitely the review process. It was really motivating to see what other people were doing with their proposals, and there are a lot of really cool projects that make me excited about being part of SciFund.

Tell us something random. Something funny. Something borrowed. Something blue.
The eucalyptus tree has to be my favorite plant of all time (also, a good example of why I love plant ecology). The eucalyptus dwells in the dry parts of Australia, where brushfires are a fairly common and predictable occurrence. As a rule, plants don’t particularly enjoy fire, so they try to find workarounds. Some are annuals, so they just grow and die before fire has a chance to wipe them out. Other, longer-lived plants produce spongy, corky layers of bark that insulate the living parts away from the fire. And finally others accept their fate and put their hopes in the next generation. This latter category of plants is typically serotinous, which means that their seed pods need smoke and heat to open and release their seeds, which then colonize the nutrient-rich and competition-free ashes. The eucalyptus tree takes this strategy and then turns it up to 11. You see, this tree has serotinous seed pods which generally stay up in the canopy, well away from the smoke and heat required for them to open in order to release their seeds. So the eucalyptus finds itself painted into a corner, evolutionarily speaking. Its solution? First, it sheds its bark, building a nice, dry tinder pile at the base. Then it fills its leaves with highly flammable oil. Then it waits. When an Australian brushfire meets a eucalyptus tree, an ordinarily bad but by no means world-ending event is transformed into an infernal carnival of destruction that essentially levels the whole forest, leaving the eucalyptus’s seeds the lone survivors. It’s almost as though, millions of years ago, Mother Nature sought to preemptively parody Dylan Thomas’s “Do Not Go Gentle Into That Good Night.” Rage, rage against the dying of the light indeed, eucalyptus.

You can find Andrew’s project here.