Friend of #SciFund Liz Neeley started a discussion about crowdfunding over on Google Plus. Commenter Carl worried about whether people will get tired of scientists asking for donations.

As someone who participated in the first round of #SciFund, I was very conscious of this. I’d already been to the well, so to speak. I didn’t expect the same people to contribute to my project again. So my target this time was lower. I didn’t tell anyone this, but when we started? I honestly expected that we would have fewer projects hitting their targets, and that we would raise fewer dollars overall, than the first time. I thought we would be spread too thin with more projects.

Sometimes, I love being wrong. 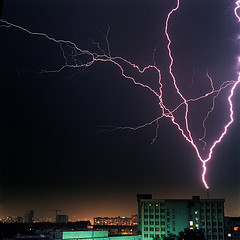 As of this writing, the second round of #SciFund has 75 projects that have raised $74,318 over three weeks.

In other words, in our second go, we’ve raised almost the same amount of money in half the time as the first effort. Now, we do have more projects, but even when you look at it on a per project, per day basis, we’re still doing better than before. The first round of #SciFund raised about $35 per project per day. In the current round, we’ve raised about $47 per project per day. And last time, we saw a slight increase in contributions coming in near the end of the campaign, so the rate of contribution might be higher yet.

And it’s all the more amazing given that we have probably had a little less attention from traditional media sources than round one. Round one was news; round two didn’t quite have the same novelty or appeal to news agents.

I can’t wait to see what the final week wolds. Can we hit a six digit total? At the rate we’re going, that’s not impossible.

Photo by Anton Novoselov on Flickr; used under a Creative Commons license.