END_OF_DOCUMENT_TOKEN_TO_BE_REPLACED

Part 5: Getting the story right

Try to provide enough context for the visuals you post on Instagram, either within the visual itself or in the caption, such that viewers get a complete picture of what the photo represents in terms of your science, your scientific findings, or your experiences as a scientist.

For example, let's say that you are using a photo of you in your chemistry lab to tell a day-in-the-life-of-a-scientist story. You could always stick your phone into the fumehood in your lab and take a photo from a particular angle to make it look like you were working with a hazardous chemical without the protection of the fumehood – but that wouldn’t accurate describe what really happened (at least we hope it didn't!). But when you change the perspective and include yourself (and aforementioned fumehood) in the image, you can demonstrate the story of you and your research in a more complete way. And here's an example of telling the fumehood story right, courtesy of @i_am_scientist.

Science visuals can be incredibly engaging and informative. But it can take some thought and effort to make sure that your visuals include the right amount of information and aren’t misleading or confusing in any way. In the example below, you can see two pictures of Hawaiian honu (sea turtles). The only difference between the two is the size of the zoom lens used. In Hawaii, the turtles are a protected species and people are not allowed to touch or get close to the turtles. Sharing the closeup image without context and explaining the situation would give viewers the impression that the photographer was close enough to touch the turtles and may therefore encourage visitors  to approach the turtles. 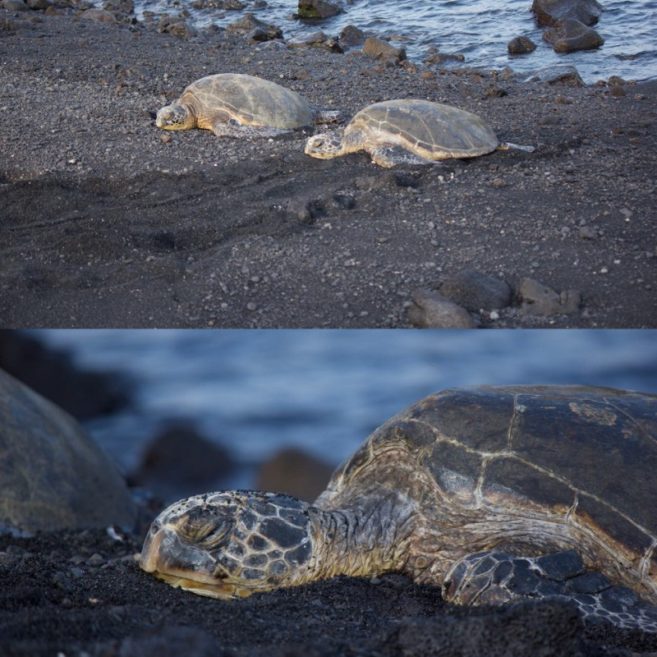